The event began with the moderator Sultan Cakir providing a short introduction to the topic and highlighting the pandemic’s effects on violence against women and children from deprived backgrounds falling behind. She then introduced the four speakers, who were: Dr Duygu Cantekin, a Clinical psychologist and Psychotherapist; Dr Mayre Kaya, a GP; Mr Oktay Sahbaz, an educator, secondary school teacher, community organiser and union activist; and Mr Israfil Erbil, president of the British Alevi Federation.

Dr Cantekin’s presentation focused on the physiological and sociological effects that the pandemic had created in the Kurdish and Turkish communities since the beginning of the lockdown in March 2020. She briefly highlighted the pandemic’s effects in terms of stress, sense of financial instability, loss of business, pre-existing mental health issues, lack of trust, paranoia, anxiety, depression, and PTSD. She categorised the psychological effects of the pandemic under loss & grief, older people and women.

Loss & grief: this psychological effect not only included the loss of loved ones but also encompassed the loss of health, employment, financial security, social roles, sense of predictability, sense of control, sense of safety, loss of social connections & personal freedoms, time and routines. Dr Cantekin further elaborated on losing a loved one by empathising on the phycological aspect of not being able to mourn (no funerals and families mixing) due to COVID restrictions, which led to feelings of distress, shock, anger and resentment. Furthermore, she elaborated on the importance of funeral rituals as a time of coming together, sharing suffering, and accepting condolences from friends and families. Being with those people is one of the most powerful ways of dealing with the passing of someone dear.

Older people: Older people were mentioned as the generation most affected by the COVID pandemic due to the government’s policy of ‘staying at home’. Their problems were highlighted as the loss of mobility, forgetfulness due to the lack of socialising and mental stimulation, which further puts them in isolation and stress-causing loneliness and lack of self-care. Also, news of the vaccine proves to be no hope due to a lack of trust caused primarily by misled information on social media. Dr Cantekin also mentioned the obstacles caused by digital unfamiliarity.

Women: She mentioned women as being particularly affected by the pandemic due to the increase of gender-based violence in the Turkish and Kurdish communities. The main intensifying factors included isolation with abusers, crowded homes, movement restrictions, reduced social support, security concerns, health concerns and financial concerns. Further difficulties were created for women because they could not access support networks and services. However, even for those who managed to escape and contact support services, the system of social help was already struggling with other cases and was overloaded. Additionally, Dr Cantekin mentioned the issues of migrant women, such as their perpetrators using their immigration status as a means to control them and their fear of being separated from their children if they did seek help. Furthermore, she touched on the increase in the existing economic inequalities that cause women to become lonely and the secondary impact of increased unpaid domestic labour causing mental health issues, anxiety, depression and PTSD.

Dr Cantekin concluded by providing suggestions for improving the pandemic’s physiological effects, such as recovery plans from COVID to include measures to address gender-based violence, a multisectoral approach to addressing mental health issues and future multisectoral plans to respond to gender-related and age-related issues.

The third speaker was Dr Mayre Kaya, who highlighted that her contribution would draw on her experience as a medical professional and her observations of the communities’ response to the pandemic. Firstly, she pointed out the lack of reliable data on the number of Turkish and Kurdish people who contracted the virus. Secondly, she remarked that the ratio of men who die from COVID was twice as much as that of women. Thirdly, regarding access to health, she pointed out that both communities could receive medical health easily since they were registered with GPs. However, some felt frustration with on-call GPs in comparison with physical interactions. Dr Kaya also criticised the handling of the pandemic in general as she expressed that the response, in the beginning, was not very serious. Overall, in her view, the communities’ response was supportive. They followed updates on COVID and the information on the vaccine, they encouraged people to take the vaccine, and there were Kurdish and Turkish language videos.

Dr Kaya concluded her presentation with several suggestions for both the Turkish and Kurdish communities for the future. Her short-term recommendations included encouraging people to visit GPs for both COVID and non-COVID related problems, such as mental health. It is important to keep maintaining social distancing rules and using face masks, and the need for the Kurdish and Turkish community to think about their social responsibility and not travel internationally because of the UK strain of coronavirus. The long-term suggestions included the need to think about safety when accessing large events, such as weddings, the need to improve general health in both communities, e.g. encouraging exercise, healthy diet, weight loss. Furthermore, there should be funding for mental health awareness and treatment targeting men’s health, and we should reconsider our carbon footprint and do more recycling.

Mr Sahbaz’s presentation concentrated on the education system in the UK since the beginning of the first lockdown in March 2020. As an educator, Mr Sahbaz mentioned how the UK government had let down the kids continuously and how the pandemic had exposed public services issues. In his view, if there were better public services, then there would have been fewer deaths nationally, especially from the BAME communities.

Mr Sahbaz then focused on presenting the education system before the first lockdown to understand today’s situation better. He pointed out that between 2009 and 2020, schools funding was cut by 9% per student. Secondly, he commented on the £7.1 billion that the government will be spending on the education system as inadequate since that sum would not cover the cuts of the last ten years. More importantly, Mr Sahbaz mentioned that 83% of schools in England would be paid less money this year than in 2015. The school system was struggling due to the lack of funding in essential services that targeted special needs kids, EAL groups and mental health issues. Additionally, the government was criticised for its failure to act fast in ensuring access to school meals and laptops whilst the schools were closed.

Mr Sahbaz then pointed out several impacts that the pandemic had on the education system and pupils. Firstly, the pupils had suffered greatly from the lack of exams since the first pandemic, leading to the unfair method of allocating marks by an algorithm rather than the teacher’s determination of pupils’ predicted grades. Additionally, the use of the algorithm could not have been applied in a successful manner since classrooms in public schools comprised of 30 students. If the pupils had been in private schools of 8 pupils in one class, it could be more successful in allocating final grades. This meant that the BAME communities suffered the most in the education system. Secondly, Mr Sahbaz mentioned that in September 2020, schools were reopened even though the virus rate had increased significantly at that time. The government opened schools, but there was no clear introduction of safety measures, face masks, social distancing, and ventilation.

Moreover, Mr Sahbaz referred to the increase in COVID cases per 100,000 pupils in primary schools. He said the rise in Enfield was 251%, Hackney was 257%, Haringey was 109%, and Islington was 239%. Along with the increase in secondary school rates in Enfield of 113%, Hackney of 284%, Haringey of 150%, and Islington of 84%. He mentioned that there had been more anxiety and distress caused to the pupils by cancelling exams this year. Furthermore, the migrant and refugee communities have faced even more issues than other communities since the parents do not understand the education system well. The language barrier has been an issue in terms of remote learning.

The event continued with questions from the audience on several issues that the panel discussion has raised. 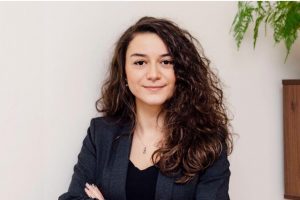 Dr Duygu Cantekin is a Clinical psychologist/Psychotherapist. She received her Master’s and PhD degrees in Clinical Psychology from the Middle East Technical University in Turkey. During 2015-2016, she was based at the University of Oxford’s Centre on Migration, Policy and Society (COMPAS) as a post-doctoral researcher. Duygu Cantekin is a Clinical Psychology Editorial Advisory Board Member of Cambridge Scholars Publishing. She has given lectures in the psychology departments of various universities across Turkey. Since 2017, she provides psychotherapy service to adults, couples and families at her private practice in London. She also conducts training, workshop and research services for NGOs and community centres. 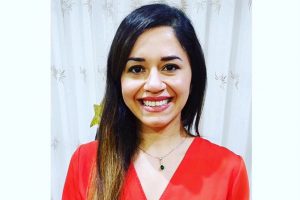 Dr Mayre Kaya is a Kurdish GP working in East London. Her family migrated to the UK in 1992 when she was 8 years old, she grew up in Hackney.  She had an interest in sciences from a young age.  She graduated from Imperial College London in 2008.  Following training in general surgery she entered GP training and completed her training in August 2019.  As well as interest in human rights she has an interest in health inequalities affecting migrant and BAME communities. 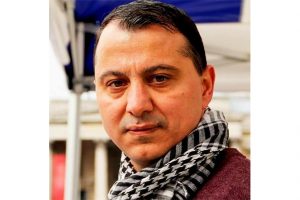 Oktay Sahbaz is an educator, secondary school teacher, community organiser and union activist. Oktay has been a member of the largest teachers union in Europe, the NEU/NUT, since he began teaching. He is a part of the leadership of the union at a regional level and has represented the union as an international solidarity officer, particularly around campaigns for right to education. Oktay has been following the effects of Covid-19 on working-class and BAME communities closely, providing regular updates to communities from Turkey and Kurdistan. 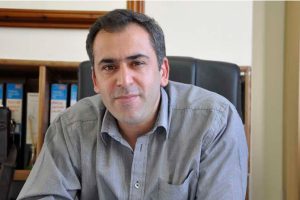 Israfil Erbil was born in 1972 in Maraş, Afşin. He moved to London with his family at the age of 15 in 1987 and started to work as a textile worker. He studied English for one year at Hackney College between 1989-90. Since 1990, he has been engaged in commercial activities with his family. Between 2009-2013, he was the president of England Alevi Cultural Center and Cemevi. In 2013 he became the founding president of the British Alevi Federation.